Resources to Become
Your Own Marketing Guru 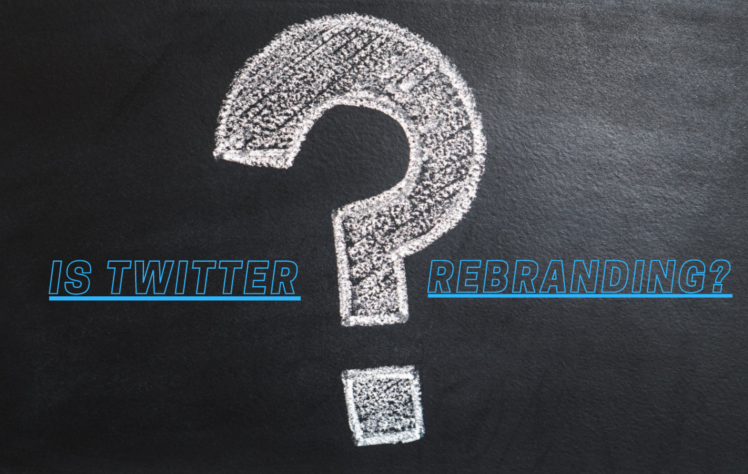 Since August 3 when Fleets were taken down from Twitter, there have been some interesting developments going on in the app. Twitter has recently been rolling out some new changes. Or are they permanent? Let’s take a look!

The most noticeable change they’ve made; the font. The font is an interesting choice, but not too unusual of a change. It doesn’t look bad, just different. 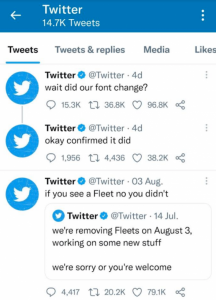 The other huge change Twitter has made is the colour change. It’s a big shift from Twitter’s usual blue. It still compliments Twitter itself, but is it too much of a change too soon coupled with the font change? 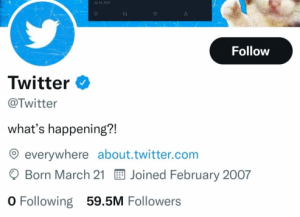 It’s curious to see Twitter making these changes now, whether they’re testing the changes or if they’re permanent.

So the question becomes “Is Twitter rebranding?”. It really looks like they’re on to something and they’ve hinted at “some new stuff” in their Tweets. They could be looking for a change to keep up with their social media counterparts. They might be trying to change things up to keep things exciting and more friendly for their audience. Either way, the current changes are an interesting choice for the social media platform as so many are accustom and comfortable with what the app looked like before these changes. Hopefully the changes will work out better for users of the app.

It will also be interesting to see if they give their logo an overhaul as well. Who knows? Maybe, if like Fleets, the colour and font change in the app won’t bode well with their audience and they’ll need to change their strategy.

This could all be a precursor towards something bigger for Twitter, but for now we’ll have to wait to see what happens!

Learn everything you need to know about generating revenue as an online creator in this 3-hour course. Hosted by Rachel David of Hashtag Communications Inc. Featuring tips and tricks from actual industry pros.