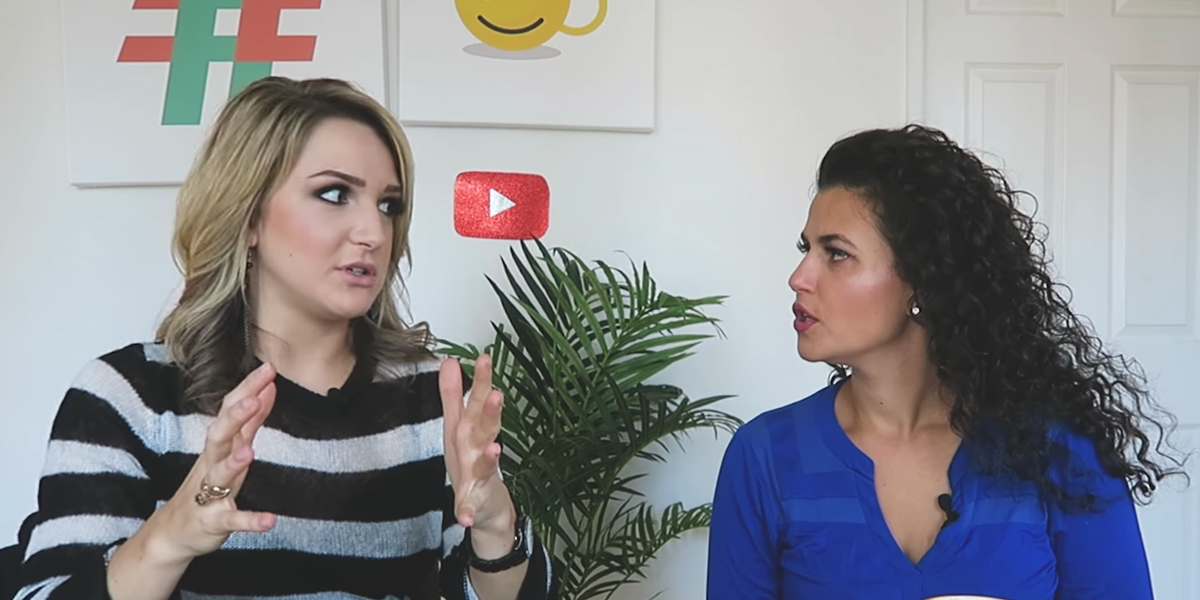 Another week another wrap-up. This week Rachel David and Victoria Duffield met up in Rachel’s apartment to chat an laugh about switching from traditional media such as radio and TV to digital media like YouTube and iTunes. Victoria Duffield is a singer-songwriter known for her hit “Shut Up And Dance” and her brand new song “WOW”

1. Distribution is so important

At least 70% of your time should be spent on distributing your materials. Unfortunately, we don’t live in a perfect world where only quality content makes the trending page. No, instead we live in a world where Walmart Kid is on the main page instead of you. To make it in the digital world you need to spend a huge amount of time distributing your content on social media. Create trailers for your videos or teasers for your songs and then post them everywhere you can.

2. It’s only awkward if you make it awkward

When approaching someone to collaborate with don’t worry if you’re being awkward or saying things a little weird, Victoria says that as long as you don’t think about how awkward you’re being then things won’t get awkward. Which makes sense, you going up to someone and asking to collaborate is a huge compliment, it doesn’t matter how badly you say things.

Whether you are a filmmaker, actor or singer, traditional media is still very hard to break into, especially without an online presence. You should still try and get featured on the silver screen, but don’t try to make it your first step. Start a YouTube channel where you showcase your work and become known. Look a Justin Bieber, he didn’t walk into Universal Music at twelve years old and ask for a record deal, he uploaded his videos to YouTube and allowed his online presence to carry him to more mainstream forms of media.

That’s it for this weeks wrap-up. Remember to listen to the podcast every Tuesday wherever you listen to podcasts. You can also watch our highlight videos on YouTube. And of course, you can check back here for the top three things to remember.